Why Insects Should Be in Your Diet

Because of their high protein and fat content and their reproductive efficiency, insects hold great promise for thwarting an impending global food crisis. 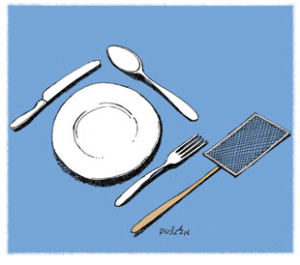 As the human population grows, it is ever more important to temper our levels of consumption of the Earth’s dwindling resources. Humans currently consume at least 40 percent of potential terrestrial productivity, and some 30 percent of the land on Earth is used to pasture and feed livestock. Food reserves are the lowest they’ve been in 40 years, thanks to an expanding population that the United Nations (UN) expects to grow to more than 9 billion by 2050 the demand for food will increase dramatically over the coming decades. Climate change, reduced productivity of agricultural lands, overfishing, dwindling freshwater resources, pollution from fertilizers and pesticides, and a host of other factors mean that this population increase will place a disproportionate burden on Earth’s ecosphere. Something has to change.

One possible solution exists literally right under our noses, as well as below our feet and all around us: insects. Though most Westerners often turn up their noses at the idea of eating the small six-legged creatures, these animals have numerous attributes that make them attractive sources of highly nutritious and sustainable food. In fact, two of the UN’s eight Millennium Development Goals eradicating extreme poverty and hunger, and reducing child mortality rates can be directly addressed by expanding consumption of edible insects.