How Crickets Could Help Save the Planet

The world’s population is creeping up on 7.5 billion, but estimates suggest we’ll have a whopping 9 billion mouths to feed by 2050.

Unless we all stick to salads, the global production of meat will need to double in that time to feed our growing population, according to the Food and Agriculture Organization of United Nations (FAO). Feed and crop production will also have to increase in kind to support livestock and our own appetites, inevitably taking up more land space and water — precious and dwindling commodities required for cattle.

But resources aren’t the only issue. This increase in agricultural production will exacerbate the effects of climate change by releasing more greenhouse gases into the atmosphere (agricultural activities currently contribute nearly one-tenth of the country’s greenhouse emissions). What’s more, animal waste releases ammonia, a pollutant that can affect soil and water quality.

In a 2013 report, the FAO suggested our current farming and food production practices are unsustainable — but that edible insects are a viable, untapped resource that could help meet the food and water demands of the world’s ever-expanding population. And it’s really no wonder: Insects are highly nutritious, and also far more environmentally friendly to raise than conventional livestock. Compared with cows, pigs, or chickens, crickets require a fraction of the land, water, and food, and produce less greenhouse gases and ammonia.

Knowing this, multiple farms dedicated to rearing crickets for human consumption have sprung up in recent years. Insects from these farms are served up whole at local farmer’s markets or sold to companies that turn them into fine powders, which can be added to recipes for an easy protein and nutrition boost. Numerous startups have taken those powders and put them into everything from nutrition bars to chips and cookies, pastas and sauces.

Despite the potential to become the so-called “food of the future,” edible insects are still confined to a niche market in the United States.

“We are right on schedule with where the industry should be at this point,” says Kevin Bachhuber, CEO and founder of Ohio’s Big Cricket Farms, which, in 2014, became the first insect farm in the country to raise crickets exclusively for human consumption. “I think it will take 10, 20, or even 30 years to develop edible insects into a full-fledged market.”

Experts agree edible insects will someday shift gears from fad to mainstream, as Bachhuber believes. But it’s a long road, and proponents will need to hurdle significant obstacles along the way.

The Case for Insects

For edible insects to catch on in the U.S., the masses must first get over the “ick factor,” which Bachhuber says isn’t as big of a problem as it was just a few years ago. It’s important to remember that people from other countries don’t necessarily share this knee-jerk reaction. In fact, the FAO estimates that 2 billion people consume insects regularly, and some research suggests that number may be up to three times higher (about 80 percent of Earth’s population).

The practice of entomophagy (eating insects) is most common in the tropics, where insects are bountiful throughout the year due to warm temperatures, says Julie Lesnik, an anthropologist at Wayne State University in Michigan who studies entomophagy. Higher latitude areas like much of Europe don’t have constant insect exposure that would allow widespread entomophagy to take root, which may have prevented it from developing in North America. 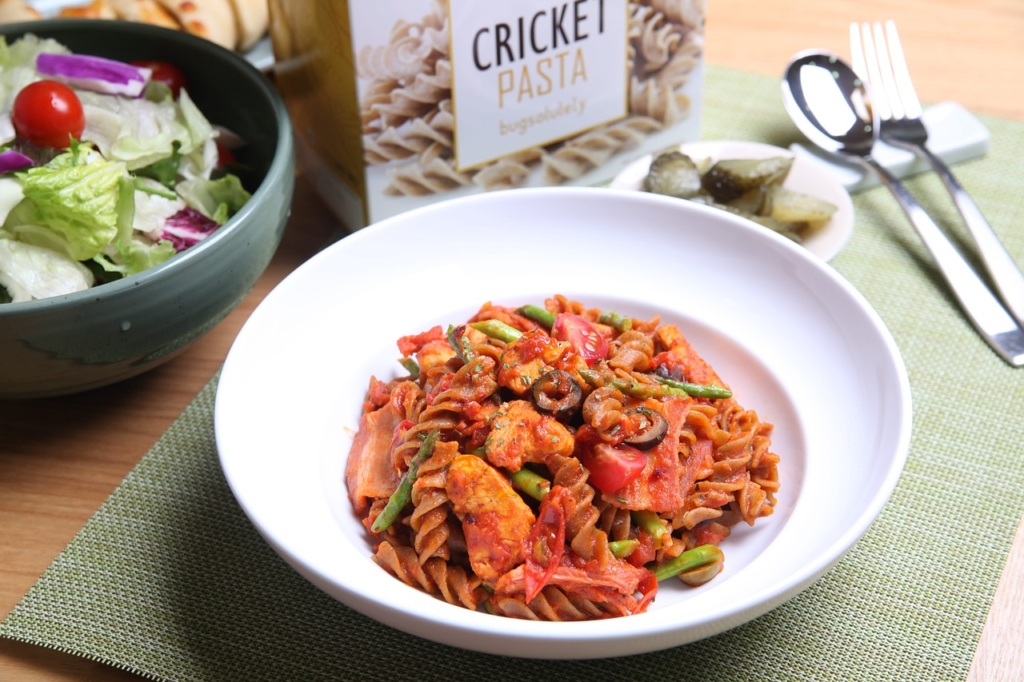 When Christopher Columbus first came to the New World, he encountered indigenous peoples who ate bugs, a behavior described as being “como bestias” (like beasts) because the crew had only seen it before in animals. “I really think we haven’t overcome that,” Lesnik says.

Non-profit organizations have recently launched education-based programs to change this lingering public perception and promote the many benefits of edible insects.

Proponents point out that certain bugs have protein levels comparable to conventional meat, and insect protein contains all eight essential amino acids, making it nutritionally superior to plant-based protein. Though each of the 2,000 species of edible insects has its own specific nutritional profile, they’re all generally a good source of carbohydrates, lipids (in particular, mealworms have a composition of omega-3 and omega-6 fatty acids comparable to fish) and vitamins and minerals including calcium, iron, and zinc.

Entomophagy may also be an attractive option for those who are hoping to lose weight by counting calories. The FAO notes that raw adult yellow mealworms have about 140 calories per 100 grams — roughly 100 fewer calories than 80 percent lean ground beef.

From an environmental standpoint, insects require relatively little feed to produce edible meat. Crickets, for instance, are 12 times more efficient than cattle in converting feed to edible meat, at least four times more efficient than pigs, and twice as efficient as chickens, according to the FAO. And unlike other farmed animals, crickets are raised in compact, multi-story farms with comparatively little water, and are “slaughtered” humanely through a freezing process. 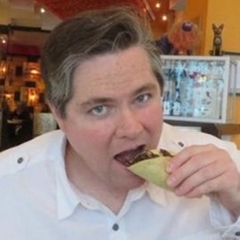 “I think the biggest selling point of insects is their efficiency,” says biochemist and molecular biologist Aaron Dossey, who’s also the founder of All Things Bugs, a research and manufacturing company that produces Griopro cricket powder. “They’re also raised with no antibiotics or steroids, so they’re attractive for the health-conscious.”

But educating people about the health and environmental benefits of eating insects may not be enough.

“In the history of humanity, nobody has ever bought something because of its benefits,” Bachhuber jokes. Lesnik agrees this approach will only gain a niche market and suggests that people need to see insects as something delicious, adding that this will require insects to become more widely available in restaurants.

Restaurants are only part of the solution to making edible insects mainstream. Large food manufacturing companies need to start putting insect-derived ingredients into their products and on the shelves of grocery stores, says Dossey, who co-edited a 2016 manual for building the edible insect industry. So far, edible insects have only caught on among a small (but growing) number of startups, he adds. But Bachhuber also points out that Woodland Foods, a large distributor of dried food products, recently began selling a line of edible insects, which includes crickets, silkworm pupae, and giant water bugs, among others.

Edible insects fall under the purview of the Food and Drug Administration (FDA), which also oversees fish and game. The FDA doesn’t currently have a certification process for edible insects, though suppliers must meet certain conditions to sell their products. For example, the insects must be clean and free of toxins, handled in sanitary conditions, and raised specifically for human consumption.

The FDA also advises that edible insect products be labeled as a potential allergen, as current research suggests people with shellfish allergies may experience reactions to insects. In terms of safety, Dossey points out, insects raised at clean indoor farms have generally been found to be free of common pathogens that plague the meat industry, such as E. coli, staph and listeria, though research is ongoing.

Interestingly, insect distributors don’t have to — and, in actuality, can’t — go through the process to get their products listed as “Generally Recognized as Safe” by the FDA. Without this seal of approval, mainstream food companies are hesitant to buy in to cricket powder and other insect products.

“It’s holding us back,” Dossey says. “Not only would them buying the powder help us scale up our production and get the cost down, but it would also add a tremendous amount of legitimacy to the industry.”

Increased demand for edible insects may allow more funds and resources to be devoted towards innovation, which could further reduce costs and provide the industry with a stronger foothold in the food market. Given that labor and feed currently drive insect farming costs (which are passed on to manufacturers and consumers), the industry could use improved, cheaper feed and a more mechanized process for feeding, watering, and harvesting the crickets, Dossey says, adding that his company is actively researching these areas.

Bachhuber, who now focuses on consulting cricket farmers, agrees there’s room to grow in processing techniques, but cautions letting things get out of control. Techniques that remove people from having a fundamental connection to their livestock may cause farmers to accept less humane practices, he suggests, pointing to certain caged-farming techniques currently used in factory farming.

Much of the nascent edible insect industry today focuses on crickets — a kind of gateway insect positively associated with things like Disney’s Jiminy Cricket and good luck — but a full-fledged market will likely include numerous other options, such as mealworms, palm weevil larvae, and red weaver ants, which Bachhuber says make great cheesy omelets.

“I see the potential for a mindboggling variety,” he adds.

Of course, people staunchly against the idea of eating any insect don’t have to try it, Lesnik says. But she would ask them one favor: “If they would so kindly let their children make their own decisions about it, because they’re the ones who will be running out of food and water. It’s too late for us but let them grow up in a world where this is available.”