The Next Big Thing in protein will likely make you squirm

August 28th, 2015   In The Press   Comments Off on The Next Big Thing in protein will likely make you squirm 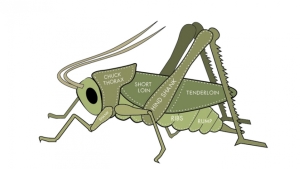 Eating bugs might sound like something you’d do if you lost a bet. But a few companies have cropped up that are marketing insect powder as a nutritional supplement.

END_OF_DOCUMENT_TOKEN_TO_BE_REPLACED

Why these startups want you to eat bugs

August 25th, 2015   In The Press   Comments Off on Why these startups want you to eat bugs 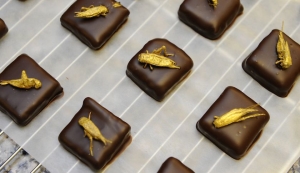 Insect eating is common in 80% of the world’s countries — but not in the U.S. or Europe. Now, several entrepreneurs are working to bring the edible insect market to the US and Europe.

It used to be only a few specialized ethnic restaurants like Toloache in New York City or Typhoon in Santa Monica offered insects on the menu (grasshopper tacos and stir-fried silkworm pupae, respectively). Not anymore.

Now, you can order insect protein bars and cricket flour on Amazon. For those with a sweet tooth, there are cricket flour chocolate chip cookies.
END_OF_DOCUMENT_TOKEN_TO_BE_REPLACED

August 12th, 2015   In The Press   Comments Off on Insectpreneur Series: Interview with Dr Aaron T. Dossey of All Things Bugs LLC 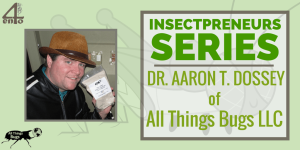 In this month’s edition of our Insectpreneur Series we have another great interview lined up with Dr Aaron T. Dossey of All Things Bugs LLC!

Dr. Dossey and his team are creating some of the highest quality Finely Milled Whole Cricket Powder in the industry, and at a large scale. And as we all know, cricket powder is one of the most useful and versatile ingredients in the edible insect food range.

So without any further ado, let’s dive into the interview with Dr. Dossey!