May 18th, 2014   About ATB   Comments Off on All Things Bugs receives grant for groundbreaking global health and development research

All Things Bugs announced today that it is a Grand Challenges Explorations winner, an initiative funded by the Bill & Melinda Gates Foundation.  Dr. Aaron T. Dossey, Founder/Owner of All Things Bugs will pursue an innovative global health and development research project, titled “Good Bugs: Sustainable Food for Malnutrition in Children“.

“Grand Challenges Explorations encourages individuals worldwide to expand the pipeline of ideas where creative, unorthodox thinking is most urgently needed,” said Chris Wilson, director of Global Health Discovery and Translational Sciences at the Bill & Melinda Gates Foundation. “We’re excited to provide additional funding for select grantees so that they can continue to advance their idea towards global impact.”

To receive funding, Dr. Dossey and other Grand Challenges Explorations Round 8 winners demonstrated in a two-page online application a bold idea in one of five critical global heath and development topic areas that included agriculture development, immunization and nutrition. Applications for the current open round, Grand Challenges Explorations Round 9, will be accepted through May 15, 2012.

Dr. Dossey’s project will develop a novel food product made from insects to treat malnutrition in children from famine stricken areas of the world.  This is the first project of Dr. Dossey’s recently founded company All Things Bugs.  Utilizing insects as human food toward a more sustainable and secure human food supply is an emerging field which is growing in popularity.  For example, Dr. Dossey attended a meeting in January, 2012 at the United Nations Food and Agricultural Organization in Rome Italy on this subject.  Insects possess many attractive attributes such as a higher feed conversion ratio and utilize substantially less water than do other livestock animals such as beef cattle and swine.  This also means that they can be farmed in areas of the world where cattle and other livestock cannot; providing even more promise of feeding the world.

Grand Challenges Explorations is a US$100 million initiative funded by the Bill & Melinda Gates Foundation.  Launched in 2008, over 600 people in 45 countries have received Grand Challenges Explorations grants.  The grant program is open to anyone from any discipline and from any organization.  The initiative uses an agile, accelerated grant-making process with short two-page online applications and no preliminary data required.  Initial grants of US$100,000 are awarded two times a year. Successful projects have the opportunity to receive a follow-on grant of up to US$1 million. 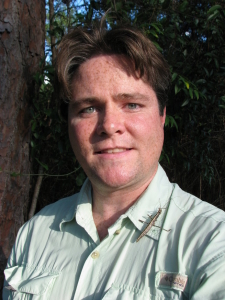 Aaron Dossey with a stick bug in the UF Entomology and Nematology Department’s natural area. He received a $100,000 grant earlier this year for his research in bug-based food. Photo courtesy of Aaron Dossey.

Go ahead, munch on a mealworm.

Crunch on a cricket.

How about a lunch of larva?

A classic schoolyard dare in the U.S., eating bugs is taboo by Western standards. But it may be key to decreasing child malnutrition and improving worldwide health.

Supported and studied by a tight-knit community of researchers and bug-o-philes, the bug-based technologies field is getting more attention lately thanks to the efforts of Aaron Dossey (PhD ’06).

Dossey, a former U.S. Department of Agriculture research entomologist, has been fascinated by bugs and chemistry since he was a kid. Now he’s trying to make his passions pay off for the cause through the company he founded and a $100,000 grant he won.

Mark Cuban Invested In A Startup That Feeds You Crickets

May 16th, 2014     Comments Off on Mark Cuban Invested In A Startup That Feeds You Crickets 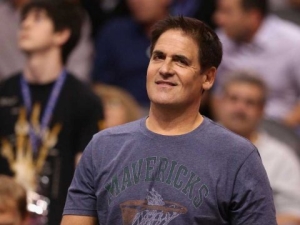 Startup Chapul is all about using crickets for their optimal protein.

Chapul founder Pat Crowley sought out $50,000 for a 5% stake in his business.