May 21st, 2014   About ATB Author In The Press   Comments Off on Contributors – The Scientist

Meet some of the people featured in the February 2013 issue of The Scientist.

Aaron Dossey first combined his two passionsâ€”insects and chemistryâ€”in his final year of graduate school in 2006, when the University of Florida, Gainesville, had just bought a new nuclear magnetic resonance probe. Dossey brought in several insect specimens he had been keeping at home, and extracted chemical compounds to test the new device. Although his academic research career had focused on biochemistry, in his spare time he had become a self-taught entomologist. “I think insects are fascinating: they’re neat to look at and there are so many unique life history and biochemical stories,” Dossey says. After a biochemistry postdoc position, also at the University of Florida, he made the full switch to entomology in 2010 as a postdoc with the United States Department of Agriculture (USDA). While studying citrus pests, Dossey became ever more enthralled with the world of insects. Heeding a call for grant applications from the Bill & Melinda Gates Foundation, he turned his attention to making sustainable foods from insects. After winning the grant, Dossey set up his own business, All Things Bugs, and has so far used insect protein to create taco meat, protein bars, and a paste to treat malnutrition. To find out more about how insect-based food can contribute to global food security, read his story “Why Insects Should Be in Your Diet.”

END_OF_DOCUMENT_TOKEN_TO_BE_REPLACED

Local expert gets funding to develop food based on insects

May 20th, 2014   About ATB   Comments Off on Local expert gets funding to develop food based on insects 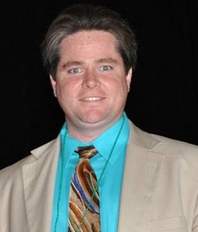 Gainesville entomologist Aaron Dossey wants to feed bugs to starving children to prevent malnutrition, and now he has a $100,000 grant to give it a shot.

The Bill and Melinda Gates Foundation on Wednesday awarded Dossey the grant to develop an insect-based food for children in famine-stricken areas of the world. Dossey said he plans to create a paste or other food product using insects such as crickets, which he said are more accessible than other ingredients in places lacking resources.

“Insects are a lot more sustainable and at least theoretically can be farmed in places that don’t have a lot of access to water or resources required to raise cattle,” he said.

END_OF_DOCUMENT_TOKEN_TO_BE_REPLACED

May 19th, 2014   About ATB   Comments Off on Company Gets Grant to Develop Food Based on Insects to Fight Malnutrition

All Things Bugs said that it is a Grand Challenges Explorations winner, an initiative funded by the Bill & Melinda Gates Foundation. All Things Bugs develops insect-derived technologies for applications in food, farm and pharma.